In a vote that was poorly received by investors, the Swiss bank’s shareholders voted to clear executive directors of liability in connection with regulatory action taken against them. 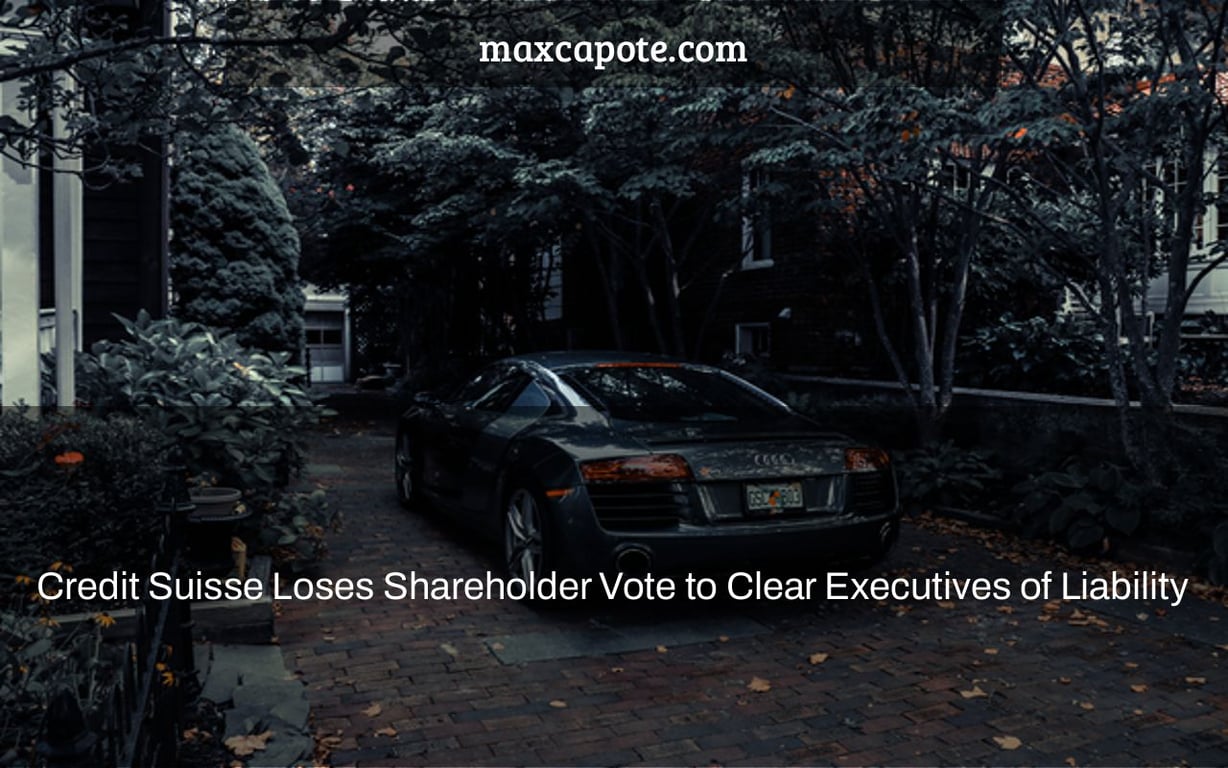 Even as the bank’s chairman and chief executive attempted to persuade shareholders that the organization can improve its culture and turn a corner, Credit Suisse CS 4.01 percent Group AG shareholders protested on Friday, refusing to free executives of legal blame from recent financial disasters.

Around 60% of voting shares went against Credit Suisse for dismissing them from legal responsibility in 2020, in what is ordinarily a routine vote to safeguard bank management from litigation. The binding vote reflects investors’ severe unhappiness with Credit Suisse, which has lost more than $5 billion due to bad stock holdings held by family firm Archegos Capital Management.

Discharging liability implies that shareholders will not be able to sue the board in the future unless new information becomes available that was not available at the time. The vote is seen as a vote of confidence in the board of directors and senior management’s performance during the year. Shareholders who vote against the plan retain the right to sue the board.

Credit Suisse said that it will consider the input and determine whether or not additional action is required.

The bank won a separate vote to avert a special examination of its dealings with Greensill Capital, a financing partner. Greensill declared bankruptcy in March 2021, putting billions of dollars in assets in funds managed by Credit Suisse’s asset management arm at risk. Around 88 percent of voters opposed the initiative, which was put forth by a Swiss nonprofit representing pension funds.

Last year, a shareholder vote to absolve the board of directors of culpability was postponed as Credit Suisse reviewed the fallout from the twin incidents. The bank disclosed a legal firm’s assessment on Archegos in July, but has said it would not release the Greensill study because it might jeopardize its ability to collect assets. Over the course of 2021, shareholders released CEOs from liabilities.

Because the Greensill report has not been made public, it was omitted from both liability votes.

Because of the danger of coronavirus transmission, shareholders were unable to attend the meeting on Friday. However, other people sent in written questions ahead of time, asking Chairman Axel Lehmann why the bank was beset by bad news after bad news and if more management should quit or give up their jobs.

Credit Suisse Chairman Axel Lehmann stated on Friday that the bank has to improve its risk management.

Following a study last year, Mr. Lehmann said that risks throughout the bank are now reduced, and that the majority of the senior staff has changed. Following Archegos, many executives were fired, and others announced their plans to quit or retire earlier this week.

Mr. Lehmann told shareholders on Friday that Credit Suisse needed to improve its risk management and reconnect with its Swiss background and the ideals of its entrepreneur founder Alfred Escher, who founded the company 166 years ago.

Margot Patrick can be reached at [email protected]

The Markets were roiled by Archegos.

Live Grades for Kaiir Elam and Every Other Buffalo Bills Pick