This year, the Paso Robles Rotary Club is hosting an annual lighting event on December 5th at 6:30pm to light up downtown and bring awareness of domestic violence. By donating your time or money, you will get a chance to make a difference in our community. 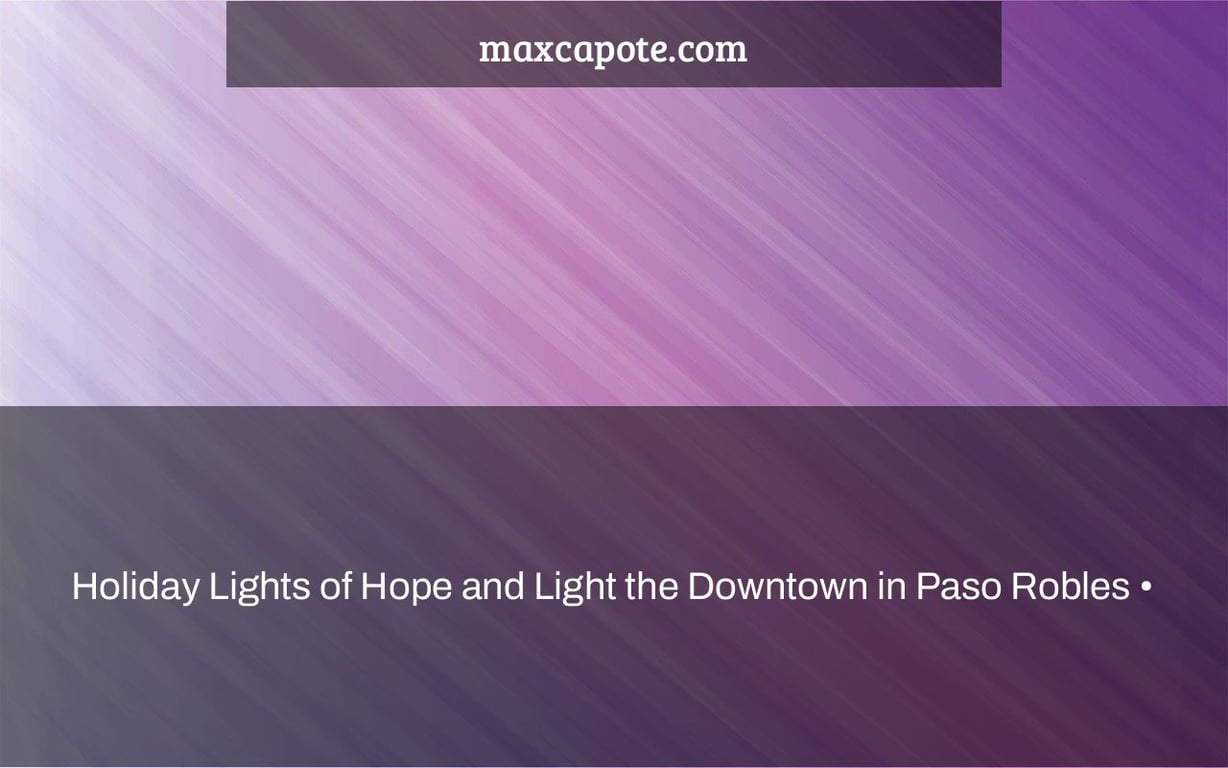 For the Lights of Hope event, 35,000 lights were used to illuminate 17 oak trees.

PASO ROBLES — On Friday, Nov. 26, the Paso Robles City Park was packed with families and community members to switch on the lights and kick off the Christmas season. 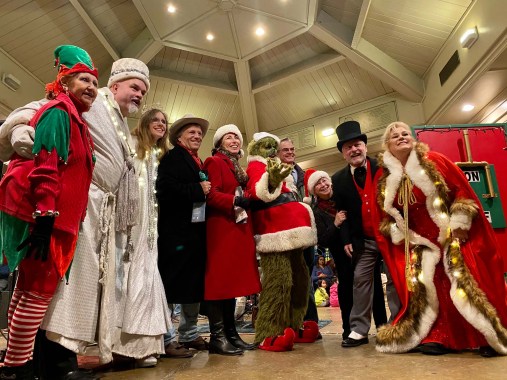 Following the lighting ceremony, the audience lighted candles and sung songs, with Chad Stevens, the Light Up the Downtown Co-Chair, leading the singing with the Snow King and Queen, and Mrs. Claus, all with the objective of growing the Grinch’s heart and showing his Christmas spirit.

We’re going to get through this together, Atascadero

Mayor Steve Martin and Councilman John Hamon, together with his wife Marjorie, took part in the sing-along.

Although the Grinch was first obstinate, he finally changed his mind. Who can refuse to sing along to Rudolph the Red-Nosed Reindeer?

“Everything went nicely,” Mayor Martin said. We were able to persuade the Grinch to celebrate Christmas, which is fantastic news. Mrs. Claus has assured us that we have enough Christmas spirit for Santa Claus to appear in the Christmas Parade, and we are overjoyed. We had a terrific time singing together and holding our candles together, and the celebration was a huge success.”

The Grinch’s soul is supposed to be an abominable trash heap brimming with the most despicable collection of horrible garbage conceivable, tied up in knotted up knots! However, he was able to forget about it all and dance the night away with Mrs. Claus. His heart swelled two sizes, to be sure!

“I adore the finale of the night when the Grinch finally gives in and I get to hug the children,” Mrs. Claus said of her favorite part of the night. That’s my personal fave. That is why I do it, just for the sake of the children.” 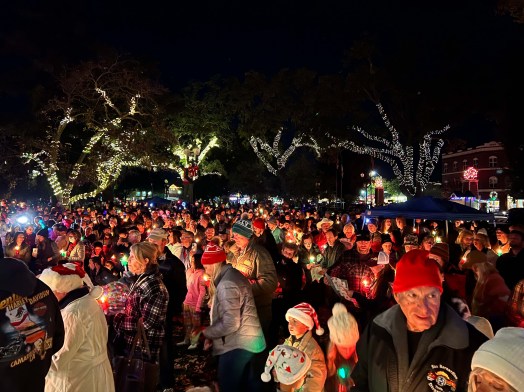 In Paso Robles, turning on the lights is just the beginning of the holiday celebrations. The 60th Annual Christmas Lights Parade will take place on Saturday, December 4th. And the huge guy in red will undoubtedly emerge.

“I had texted Santa and told him to pack his luggage,” Mrs. Claus said. He had to be here for the parade next week!”

Of course, the lights, carols, and chocolate are enjoyable, and one of the nicest ways to start the Christmas season, but the lights adorning the oak trees in Paso Robles City Park signify something that impacts us all year.

The Paso’s Lights of Hope fundraiser for the Cancer Support Community of California Central Coast had a lighting ceremony (CSC-CCC).

Candice Sanders, the Executive Director of CSC-CCC, is a survivor of ovarian cancer.

“We do welcome companies and people to sponsor a bulb, a branch, a limb, or an entire tree to memorialize their loved ones who have either passed away from cancer or to celebrate those who have been touched by cancer,” she added.

Every penny raised goes to help local families. They’ve raised little over $20,000 so far, and they’re hoping to equal last year’s total of roughly $50,000. CSC-CCC is currently collecting contributions in the hopes of reaching its goal of $40,000.

“Seeing everyone was wonderful. It was an excellent way to begin the Christmas season. “Everyone came together for a good cause and to get into the Christmas spirit,” Sanders added.

The CSC-CCC is still taking contributions, and the lights will remain on until February 2022.

Donations may still be made at cscslo.org/Support-Our-Work/Lights-of-Hope.

Thank you very much to the sponsors of this year’s Lights of Hope Tree: