Jensen Ackles was always going to play the role of John Winchester in Supernatural’s spin-off, but he didn’t tell his co-star Jared Padalecki. The actor explained that they are good friends and it would have been uncomfortable for them to talk about a project like this when they were still on set together.

Jensen Ackles has revealed why he didn’t tell Jared Padalecki about the Supernatural spinoff plans. He says that they wanted to keep it a secret, but he also says “the winchesters” would have been in trouble if they did. 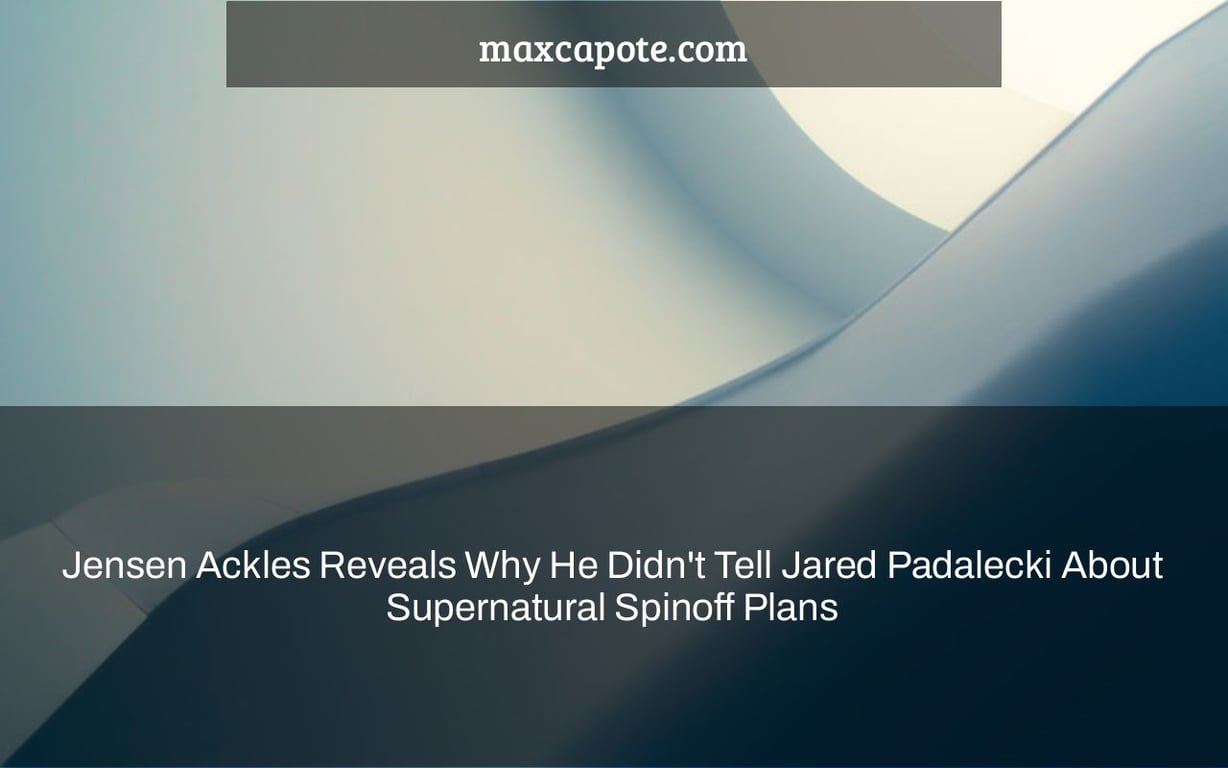 Ackles was questioned about what occurred in a recent interview on the Inside of You with Michael Rosenbaum podcast, and he said that at first he didn’t tell his co-star because….well, he wasn’t telling anybody. “When it comes to a few things, I’m incredibly superstitious… And this is certainly something that a lot of performers have in common – we don’t speak about auditions until we’ve landed the part,” Ackles said. “There’s an unwritten rule that you don’t speak about sh-t until the transaction is done, until the ink is dry.” And since this was my first foray into producing and generating material, I didn’t want to jeopardize it, so I kept quiet about it. Only those who needed to know were aware. I wasn’t attempting to keep it a secret for anything other than superstition’s sake. I had a few individuals in mind who I was eager to inform. On that list, Jared is at the top.

Ackles said, “As things progressed on the show’s development, it all started to move extremely rapidly, fast enough that additional parties, such as the studio, network, and publicists for those involved, began to become privy to it.” As a result of this, the news made its way onto one of the Hollywood trades.

The actor claimed that he was on the set of The Boys when he learnt of the news breaking, and due to the show’s stringent telephone ban, he only had time to issue a quick statement before continuing to filming. However, when he returned off set, he discovered a slew of “congratulations” emails and messages, including one from Padalecki.

“I got a lengthy text from Jared, and he was genuinely upset, and my heart just dropped,” Ackles said. “In retrospect, there could have been a step that might have been skipped. But he did it, it occurred, and we dealt with the consequences. And he and I are fantastic. ‘Yo, buddy, why didn’t you tell me you’re doing this?’ I wish he had simply phoned me and said. And I would have said, ‘Oh, alright, I’ve been working and this has happened, and it’s still early in the process.’ We don’t even have a framework yet, so it’s not a done thing. I simply didn’t want to speak about it or tell anybody because I didn’t want to jinx it. And he completely grasped the situation. He realized what he’d done and said, ‘Ah, I probably shouldn’t have done that.’”

Naturally, the two are still as close as brothers and have put the past behind them (Ackles even helmed an episode of Padalecki’s new CW series Walker).

Ackles provided one update on the Supernatural prequel series, noting that they have a screenplay for the pilot episode.

Jensen Ackles, who plays Dean Winchester on “Supernatural”, revealed that he didn’t tell his co-star Jared Padalecki about the spinoff plans because he wanted to keep it a secret. Reference: how old is jensen ackles.

Do Jared Padalecki and Jensen Ackles get along off screen?

What did Jensen Ackles think of the Supernatural finale?

A: Jensen Ackles has not commented on the Supernatural finale, but he is set to star in a new CW show called Legacies.

Did Jared Padalecki get along with Jensen?